My game plan was to go swimming in the morning instead of running as I often get bored of the same exercise routine. However, the moment I walked out my door at 7am and felt the cold breeze, I knew it wasn’t going to happen but I still was slightly willing to go. I woke up Rama as he said he was going to join me last night. He convinced me to postpone swimming until later in the afternoon when the sun would be out and the water would be warmer. So instead of going on a run, I decided to jump rope. I never really thought about it but jumping rope is actually really good for your heart and health. It’s cardio and gets your heart beating quickly and slows it down just as fast when you stop in-between to rest. Then after my shower and breakfast, I headed to BLISS as usual with Afonso and Layne. The entire GIEU students were back today; these past few days, half of the group went on a safari trip. This group that left included Chris from AIV, who I know. While at BLISS, our group only got a chance to sit in the class for about 30-45 minutes since we had an appointment with Dr. K at International Peace Initiatives (IPI) at 9:30am. When we left to walk towards IPI, Jim and Jacob stopped and picked us up. It’s a good thing too since it’s quite a maze of roads down there and we would have gotten lost for sure.

IPI is essentially an orphanage and more that has grown and expanded in really unique ways (see photos). Dr. K is the one who started and runs IPI and has quite an amazing story. She shared her experiences and journey with us when we met with her. To make a long story short, she is originally from Kenya, not Meru, but nearby. She got a Master’s Degree in South Africa and then got accepted into a program in the United States for another Master’s Degree at the University of Denver. She continued on to get her PhD there. This is more of a fairy tale story than I’m making it out to be because there are bits and pieces that really show her determination and passion. She got her Master’s in South Africa in one year instead of two to save money and slept every other night in order to get it done. When she was on the US, she was struggling and applied to scholarships every weekend. Overall, she applied to almost a thousand scholarships. When she came back to Kenya for an internship and was at her mother’s home, there were women there who were asking for her help (thinking she was wealthy now that she lived in the US) because their husbands were passing away due to HIV/AIDS, their children were not enrolled at school (no money), and they were looking for ways to make money as well as care and provide for their children. She asked these mothers what they wanted her to do because she believes that each person must be a part of the process in their own empowerment. When she came back to the US later that year, she cooked for 3 days and invited friends over and told the story of these women; she raised $4000. Over the next few years, she would repeat the same fundraising effort and continued to raise money. She would send this money back to enroll the children in school. The story continues and continues to be even more amazing as what I have written above. Over time, she raised enough money to create just the foundation for the orphanage. Then she got an email from someone from the UK who was looking for an African nonprofit involved in HIV/AIDS children. In short, everything came together; she gives glory to God for this as she expressed her faith to us while giving her testimony. Over time, IPI has expanded and they are now trying to become self-sufficient. They have a jewelry making business that employs single mothers so they are able to have an income; they have a tourism business which is a van that picks people up from the airport and takes them on safari trips and other sightseeing sites; they are building cottage houses as rentable rooms for guests as a means of income; they are attempting organic farming and currently farm their own vegetables; they are now attempting to use solar energy through the use of solar panels. In short, Dr. K has really done some amazing things at IPI and truly transformed the community and made such a huge impact on Meru and the surrounding area. On our visit, it’s easy to see how beautiful IPI is. She's inspiring, really. It’s quite a sight and even more beautiful when you understand the story behind it.

After our visit with Dr. K, we headed back to Thiiri for lunch and our daily meetings at 2pm with our groups. Our group has decided to work on an afterschool center as compared to the online Swahili tutoring program and solar panel lighting options that we were previously talking about pursuing. We are sending a survey home with students tomorrow in order to get feedback from parents and assess its viability. After dinner, we headed to the hotel bar to watch the Eurocup since Portugal played Denmark and Germany was playing Netherlands. Not only did we get to drink some Tusken but we tried goat meat. It’s definitely interesting; the meat is a bit chewy, but it’s good—almost comparable to beef in taste.

The more we meet people from the community, the more I recognize the potential and passion in everyone here. There are so many ideas and people here are willing to take the steps necessary to build a better future but they lack resources. To be honest, I think I’d like to come back again and do more work here. 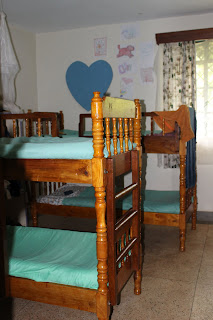 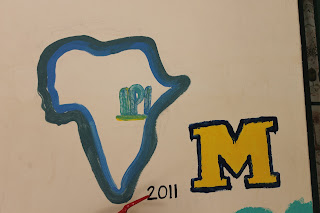